To the home page
So funktioniert die Internetseite

Our websites use the analysis software Matomo for the statistical evaluation of visitor access.
Scrollen

The exhibition "Hallo, habe unlesbare Signale von dir erhalten, melde mich bald. " ("Hello, got some unintelligible signals from you, will get back to you anon") is a joint project by Ulrike Grewe (b. 1949) and Camillo Grewe (b. 1988). The duo describes the exhibition as a "document of a dialogue at a remove, which developed during the first Corona Lockdown". The idea for this artistic collaboration between mother and son grew organically out of their dialogue with one another and becomes visible in its spatial arrangement: a domestic ambience is posited here, in which furniture and paintings encounter one another as things and people do.

Starting from the common idea of a living space, Camillo Grewe conceived a spatial arrangement in which his mother's paintings enter into dialogue with his own works. Within the exhibition concept, Camillo Grewe has a dual role: he is both artist and curator. Camillo Grewe created more or less functional pieces of furniture out of and using papier-mâché from accumulated newspapers, which tend to pile up on living room tables over the weeks and months. Pasted and layered, news and stories emerge. Just as the furniture gives the appearance of an actual inventory of utility items, newspapers are also a direct reference to reality. Akin to the exhibition wall, this background serves as a presentation surface for Ulrike and Camillo Grewe's works. Despite differences in style and content, an overall tableau emerges in the space, a dialogue at eye level conducted in different media.

During the first lockdown, Ulrike Grewe initially began covering blemishes on the walls with paintings born of a pragmatic desire:

"It all started with me painting all kinds of objects (an old mandolin, flowers, suitcases...) out of a combination of boredom and high spirits during the first lockdown. Then I started painting the walls in the hallway, which needed to be renovated in any case, and then some of the kitchen walls. I told Camillo about it on the phone and he asked me to take photos and send them to him. He thought the paintings, especially one of them, were really good. I was amazed. Drawing and painting was such incredible fun. As a result, I was able to immerse myself in another world."

In conversations about this practice, the idea of a joint exhibition project began to burgeon. In the exchange about Ulrike Grewe's painting process, it quickly emerged that concrete objects were, in particular, a source of inspiration for her paintings. Ulrike Grewe's works shown in the exhibition are based on arranged compositions of the most diverse objects from different generations. In order to do this, she first juxtaposes everyday objects, such as kitchen sponges, mirrors, a tin box with private photos or plastic figures, which she then photographs. These arranged images of real things serve as surfaces to catalyse her paintings in the form of printed photographs. In addition to entirely private insights, the processing also reveals a number of references, both historical and relating to pop culture. Being a woman in different phases of life, coupled with humorous moments as well as reflective or perceptually-deceptive surfaces, thus find their way into Ulrike Grewe's works.

Camillo Grewe takes a different approach in his watercolours and furniture sculptures. By means of the shadows cast, he intimates that they can also be interpreted as sketches for sculptures, with the potential to be realised three-dimensionally. A both humorous and analytical approach to the medium of sculpture is visible in the watercolour drawings, in which Camillo animates the sculptures with faces, clothes or limbs.

As a further element of the exhibition staging, small bronze sculptures are scattered amongst the furniture. Due to their materiality and the treatment of their surfaces, these sculptures cannot be clearly classified at first, but they are objects created simultaneously yet in different places. Like the furniture objects, they serve as an associative element, as Camillo Grewe puts it:

"In order to interweave our two positions even more, I got the idea of integrating another element into the exhibition that – in addition to the furniture and the drawings – runs through the exhibition like a third rail. I ordered modelling wax for myself and my mother and asked her if she would like to experiment with it a bit, so that we could cast the results in bronze afterwards."

This resulted in fundamentally different, autonomous small sculptures that are also a symbol of exchange and can be understood as a kind of parenthesis separating both generations and the artworks. In view of the exhibition's title, it is definitely worthwhile replying when one sends and receives unintelligible signals!

Camillo Grewe, born in 1988, studied at the Düsseldorf Art Academy under Andreas Gursky and at the Vienna Academy of Fine Arts under Heimo Zobernig. He has exhibited his work at artothek, Cologne (2020), Daindiefront, Düsseldorf (2019), Bruch & Dallas, Cologne (2018) and Ausstellungsraum Pina, Vienna (2017), among other venues.

He has been active in a trans-disciplinary way in various musical incarnations since 2011 (including Chiqueria Düsseldorf, FRAGIL) and, in 2016, he composed the music for the libretto of Agnes Scherer's experimental opera Cupid and the Animals, which was performed at BAM New York (Brooklyn Academy of Music), tramps London and Museum Ludwig, Cologne.

Ulrike Grewe, born in 1949, studied social work and education. After practising this profession for a long time, she also worked for twenty-five years as a lecturer at the University of Applied Sciences for Social Work in Münster. She is self-taught with regard to the production of her art, which has been intensified by Covid-related stasis and a rigorous exchange with her son, Camillo Grewe. 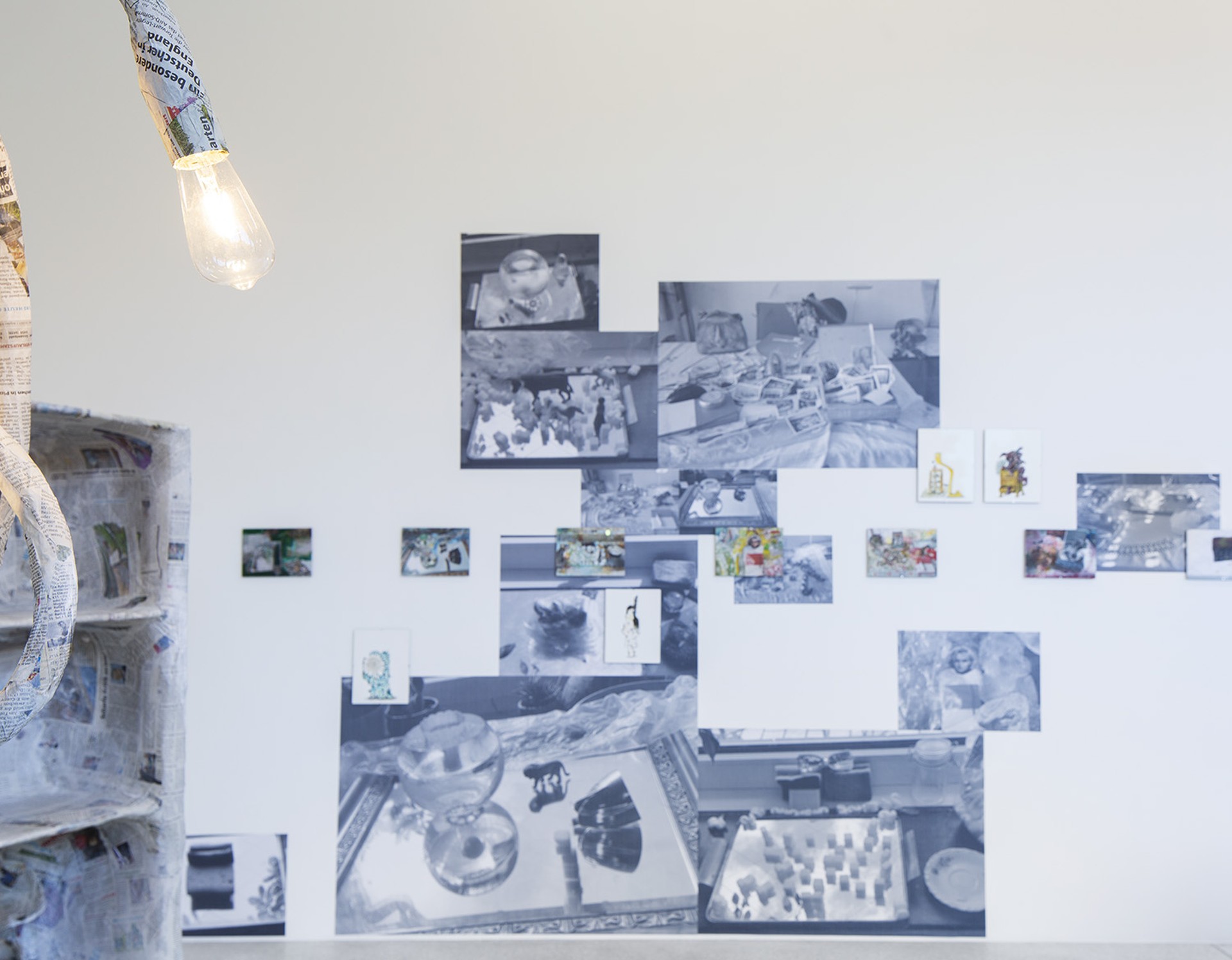 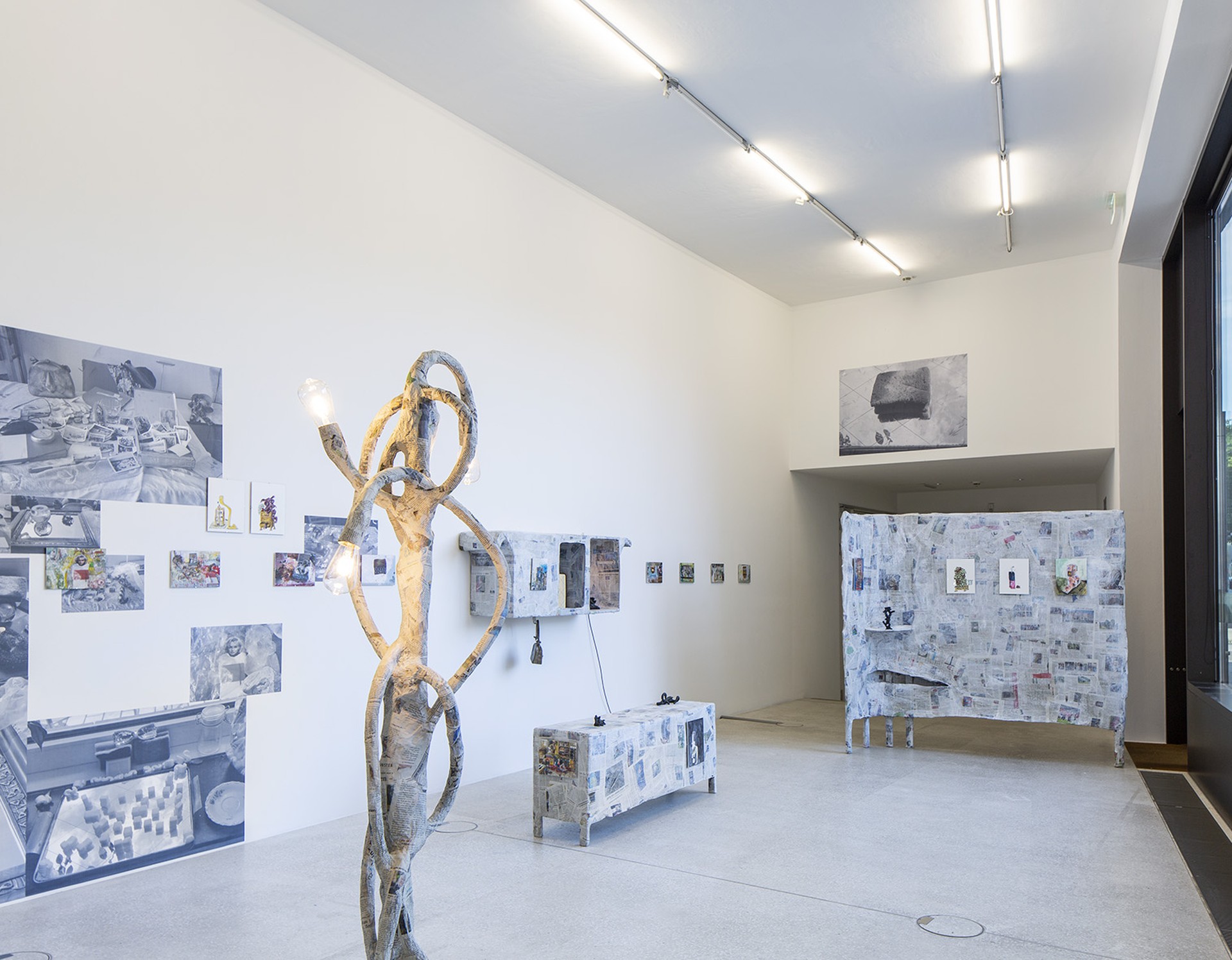 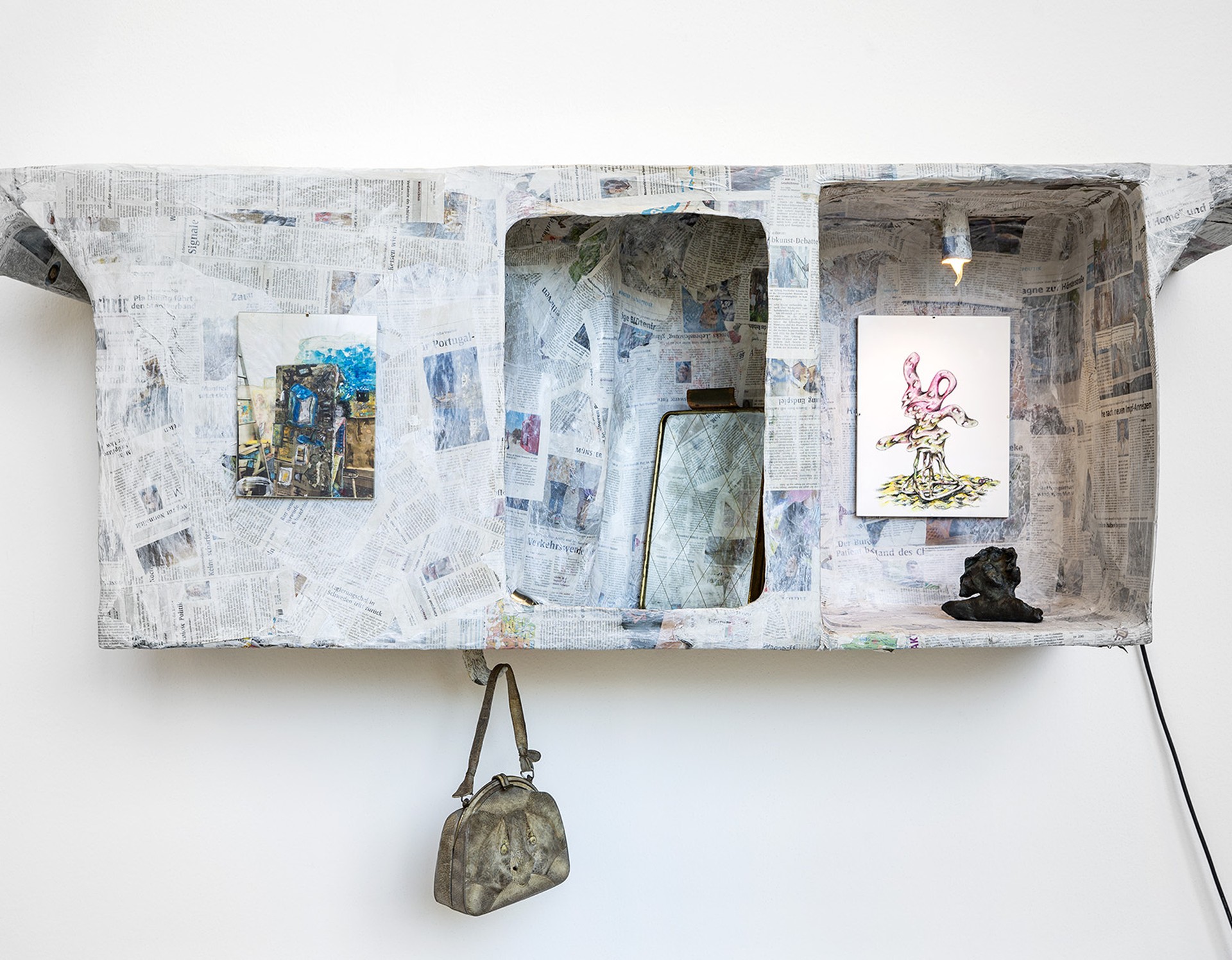 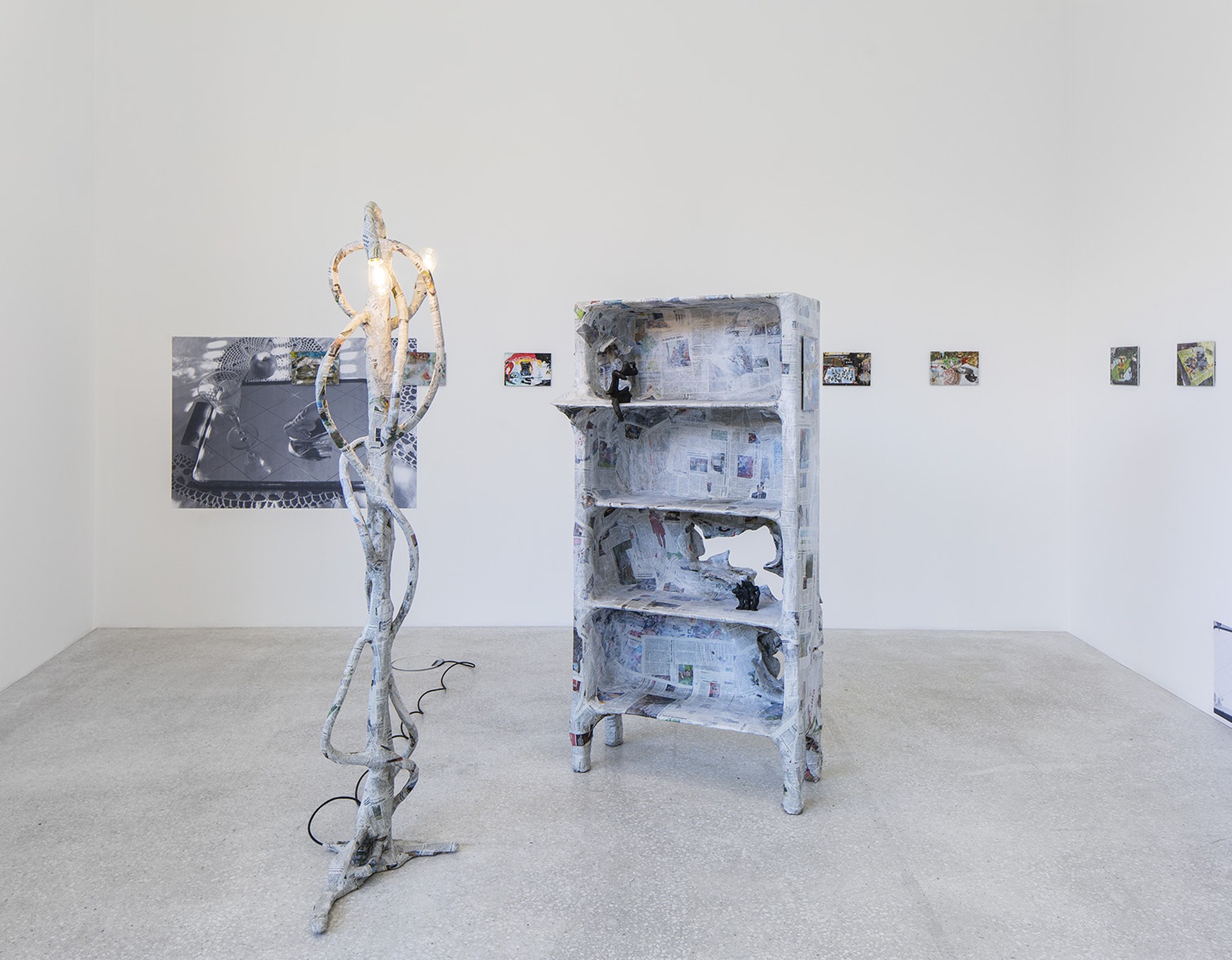 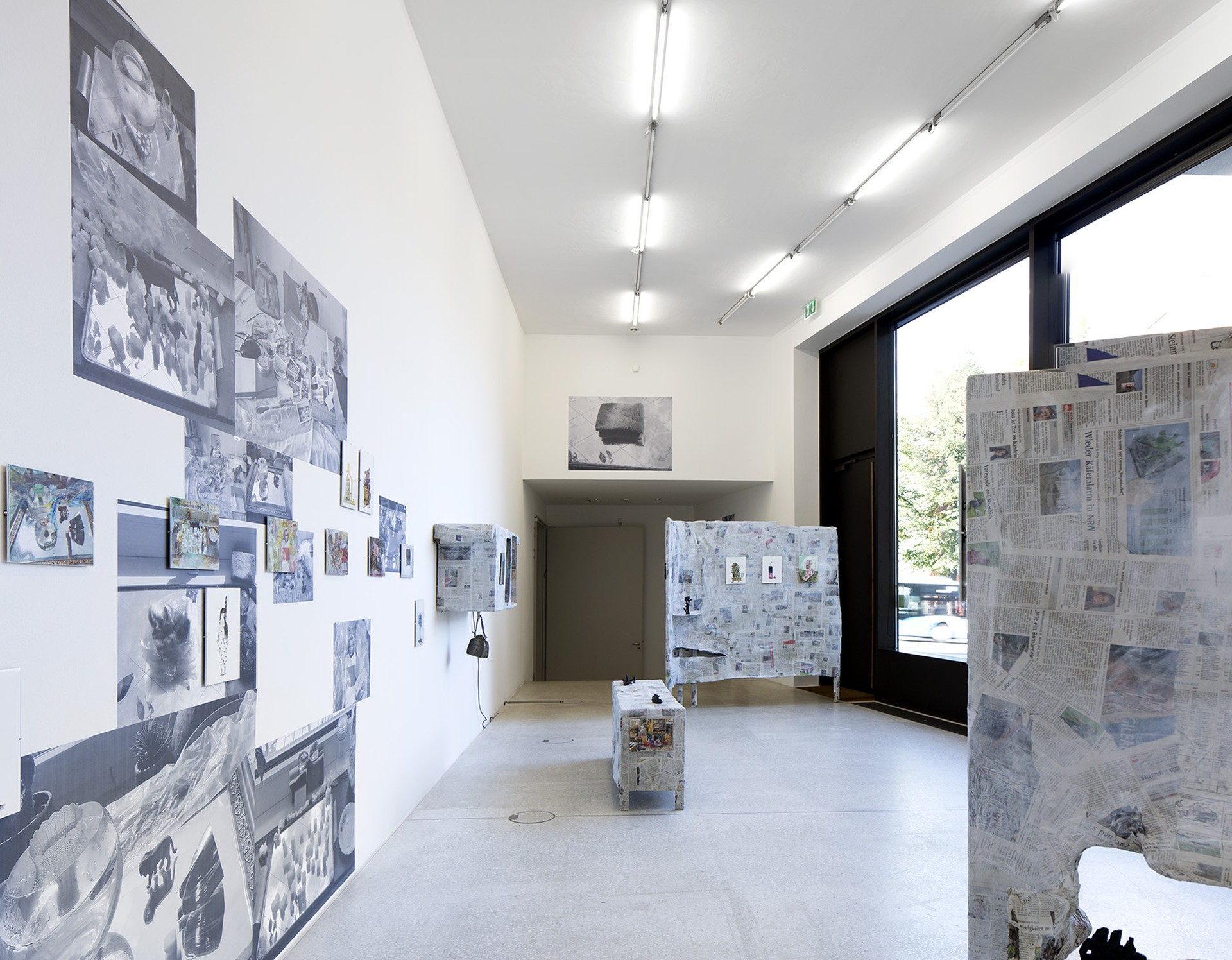 RADAR is an exhibition format staged by the LWL-Museum für Kunst und Kultur and Westfälischer Kunstverein in a joint project space. On show are positions by younger, as yet little-known artists who stand out and are thus 'on the radar'. The exhibited works provide insights into the artists' current areas of activity.

A cookie is text information that the visited website places on the viewer’s (‘client’) computer through the web browser. The cookie is either sent to the browser by the web server or generated by a script (possibly JavaScript) in the website. The client sends the cookie information to the server again with every request on later new visits to this site. To offer you a more pleasant experience, we use cookies to save your language settings, for example, or to collect anonymous statistical data that we can use to optimise the user experience/ergonomics on our online services.

Listed below, you’ll see cookies divided into categories; you can select or deselect categories by using Opt-in.

These cookies and services are necessary for you to visit our online services and use their features. Without them, you cannot use services, such as login (sessions), language settings, shopping cart and privacy settings, as well as services related to security. Except for login (sessions), no information of a sensitive nature that can be used to identify you will be collected.

These cookies and services collect information about how you use our online services, such as which functions and pages you use most often. This data can help us optimise our online services, for example, or simplify navigation. They are also used to inform partners whether you reached our website through a partner site, and whether your visit led to using one of our offers; however, no information will be recorded that can be used to personally identify you.